Thanks To Air Pollution An Average Indian Life Has Shortened By 1.5 Years

You are here:
Air PollutionNews 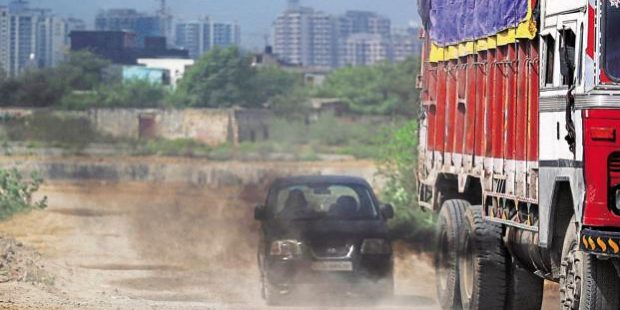 An average Indian’s life is now shortened by over 1.5 years due to the rising concern of air pollution in the country. Scientists suggest that a better air quality in our environment can lead us to a healthy and prolonged lifespan.

World Health Organization indicates that according to the air quality guidelines if PM 2.5 limits to 10 microgrammes per square cubic meter. It is possible that average life expectancy will be 0.59 years longer.

In countries such as India, Pakistan, Bangladesh, and China, the current pollution level is touching the sky. In order to reach 1.4 years of additional survival rate, putting an instant fix to the rising pollution is the only way out of this life-altering mess. It is the first time that data on air pollution versus the human lifespan is studied together. This is done in order to investigate the global variation on how air pollution is affecting the overall life expectancy.

The researchers at the University of Texas, Austin have looked at the outdoor air pollution from particulate matter (PM) which are smaller than 2.5 microns. When we breathe in, these tiny particulate matters make their way into our lungs, endangering our lives. PM 2.5 originates from the power plants, agricultural and industrial emissions, transports, fire outrage. And, health risks such as heart attacks, strokes, respiratory issues, and cancer have a direct association with it.

University researchers have used the data from Global Burden of Disease Study. To examine the exposure and the consequences of PM 2.5 in 185 countries. They further quantified the data to find out the national impact on life expectancy of an individual’s nation and worldwide.

Joshua Apte who published the study in the journal ‘Environmental Science & Technology Letters’ says, “The fact that fine particle air pollution is a major global killer is already well known. We were able to systematically identify how air pollution also substantially shortens lives around the world. What we found is that air pollution has a very large effect on survival — on average about a year globally.”

He further adds that it significantly affects human survival rate and is an issue that needs instant attention. He continues, “For example, it’s considerably larger than the benefit in survival we might see. If we found cures for both lung and breast cancer combined. For much of Asia, the removal of air pollution as a risk for death 60-year-olds would have a 15 percent to 20 percent higher chance of living to age 85 or older. A body count saying 90,000 Americans or 1.1 million Indians die per year from air pollution is large but faceless. Saying that, on average, a population lives a year less than they would have otherwise — that is something relatable.”

In order to satisfyingly understand what Joshua wishes to say, we need to retrace our steps back to when pollution was in control. But to imagine such a place, one needs a time machine that doesn’t necessarily take us to a safe end. Fixing the present state is our only possible way out.