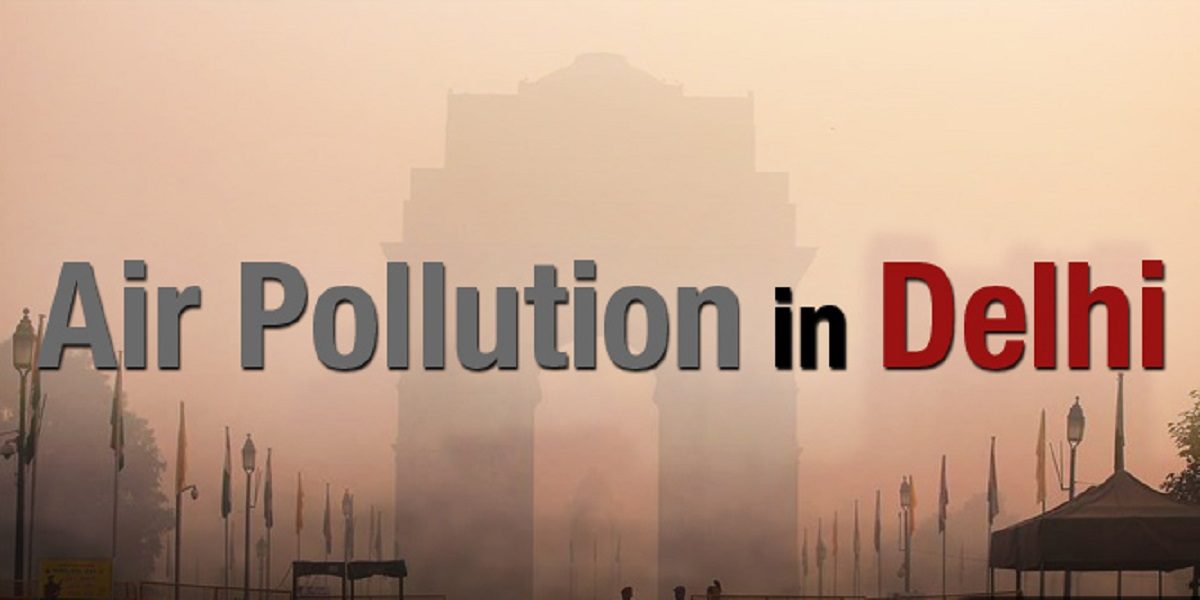 The toxic levels of air pollution in and around Delhi is creating quite a menace. Here, we may discuss about main causes of air pollution in Delhi. Adding to the severity, the changing weather conditions have locked the pollutants in the air and made the situation worse. Doctors are warning people of dire consequences and discouraging them from stepping outdoors.

1. National capital shares its border with the states of Haryana and Uttar Pradesh. One of the main reasons of increasing air pollution levels in Delhi is crop burning by the farmers in these states. Farmers burn rice stubbles in Punjab, Haryana and Uttar Pradesh. It is estimated that approximately 35 million tonnes of crop are set afire by these states. The wind carries all the pollutants and dust particles, which have got locked in the air.Track the pollution level in your city.

3. As the winter season sets in, dust particles and pollutants in the air become unable to move. Due to stagnant winds, these pollutants get locked in the air and affect weather conditions, resulting in smog.

4. Another reason for air-pollution is over-population in the capital. Over-population only adds up to the various types of pollution, whether it is air pollution or noise pollution.

6. Large-scale construction in Delhi-NCR is another culprit that is increasing dust and pollution in the air. Considering the dipping air quality, a number of construction sites have stalled work, as directed by the Delhi Government.

8. Despite the ban on cracker sales, firecrackers were a common sight this Diwali. It may not be the top reason for this smog, but it definitely contributed to its build up.

National Disaster Management Authority (NDMA) has issued some guidelines to protect yourself against the hazardous impacts of smog and pollution:

1. Don’t step out or indulge in outdoor activities during early morning and evening hours due to “severe” levels of air pollution in the city.

2. Try to stay indoors. Go out when it’s bright and sunny.

3. Avoid stepping out if you have breathing difficulty.

4. Keep children indoors as much as possible.

5. Avoid smoking. Do not burn garbage.

6. Drink adequate amount of water as it helps in flushing toxins from the body.

7. Avoid strenuous activity, as they may lead to inhalation of minute pollutants.

8. Eat fruits that are loaded with vitamin C, magnesium and omega fatty acids. These fruits are rich in antioxidants and anti-inflammatory compounds and helps in boosting immunity.

9. Use nasal filters or air purifiers, which helps in short-term relief.

10. Keep some air purifying plants inside your homes and offices such as aloe vera an English ivy.

11. Avoid using main roads. It has been observed that pollution drops when you walk in lanes away from the main roads.

12. Avoid going to areas with heavy smoke or dust.

Also Read: 6 DANGEROUS THINGS AIR POLLUTION DOES TO YOUR BODY