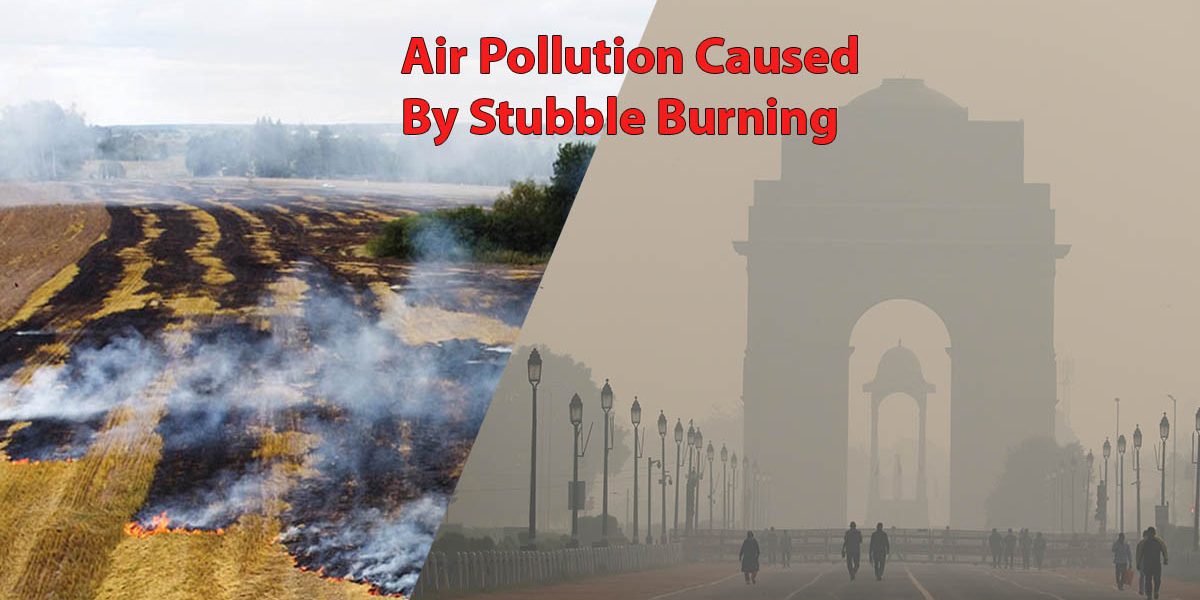 As we are in the October end slowly pacing towards the month of November, all of us are heading towards the smog season in the northern part of India.  In 2021, some statistics revealed by the Punjab Remote Sensing Centre, Punjab has recorded 73,883 incidents of stubble burning in the span of 2 months. This data is the highest since 2016, despite a number of control measures taken. Let’s take a look at what is stubble burning, what causes the farmers to take this up despite the adverse effects it has on the environment, and what has the government done about it till now.

What is Stubble Burning?

Stubble is what is left after the harvesting of crops like wheat and corn. After the crop of rice and corn has flourished and harvested the remains of the plant are left and they need to be disposed off. To do this, during the months of October-November, the farmers of Punjab and Haryana resort to a method called stubble burning.

Even though a number of laws have been passed that have banned the practice of stubble burning, farmers continue to practice it. What is it that makes them prefer stubble burning over other disposal methods? 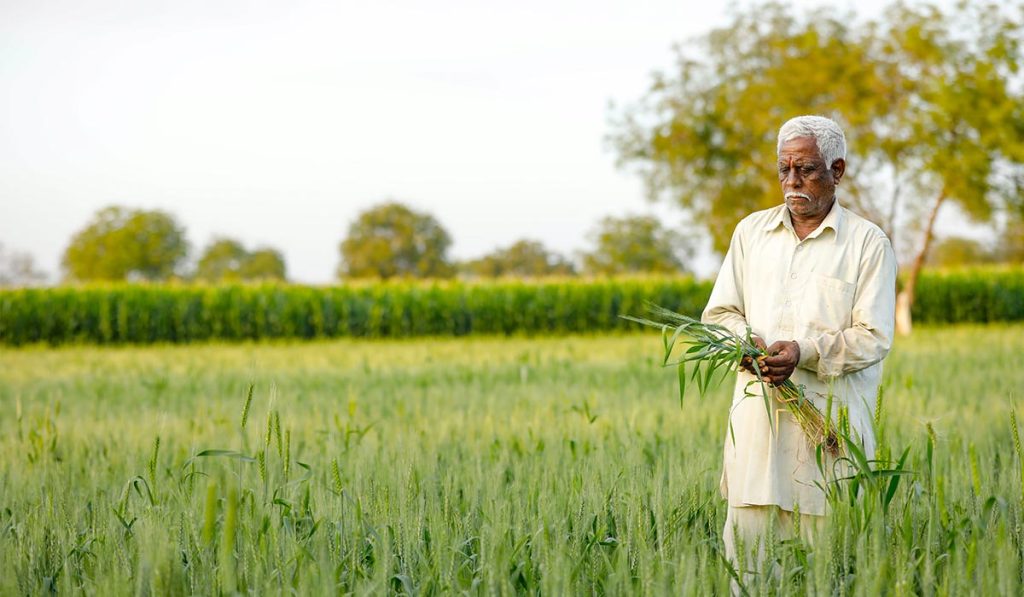 This is probably the main reason that crop burning is practiced. After the paddy crop is harvested, within a short period of time, the wheat crop needs to be cultivated. This leaves the farmers with little to no time for the disposal of the crop residue that is stubble. Other disposals methods are time taking and cost money and energy too. Crop burning seems to be the best way for a farmer and hence it is largely practiced.

The method is easy to execute. Most of the farmers don’t have any higher education and they avoid trying any other scientific method provided by the government. So instead they go with the easy, traditional method of burning off the residual waste of crops.

The method is said to do the work timely and without any hassle. Burning the stubble removes all the stubble and makes the cultivating ground ready for the next crop.

All you need is a matchstick. That is how cheap this method proves to be to the farmers. Any other method would need the farmers to spend some amount of money. The farmers then prefer the cheapest method available to them which is stubble burning.

How is stubble burning harmful?

If stubble burning is one of the easy and cheapest ways to get rid of stubble, why is it looked down upon so much? Let’s find out :-

Air Pollution: The air pollution caused by stubble burning is the leading concern among its other harmful effects. Stubble burning approximately releases:

These toxins affect not only Punjab and Haryana but also cause the main source of Delhi air pollution and due to stagnant winds, settle there as smog. In 2017, during the Great Smog, Stubble burning was one of the major reasons that contributed to an AQI as high as 999 microgram/m3 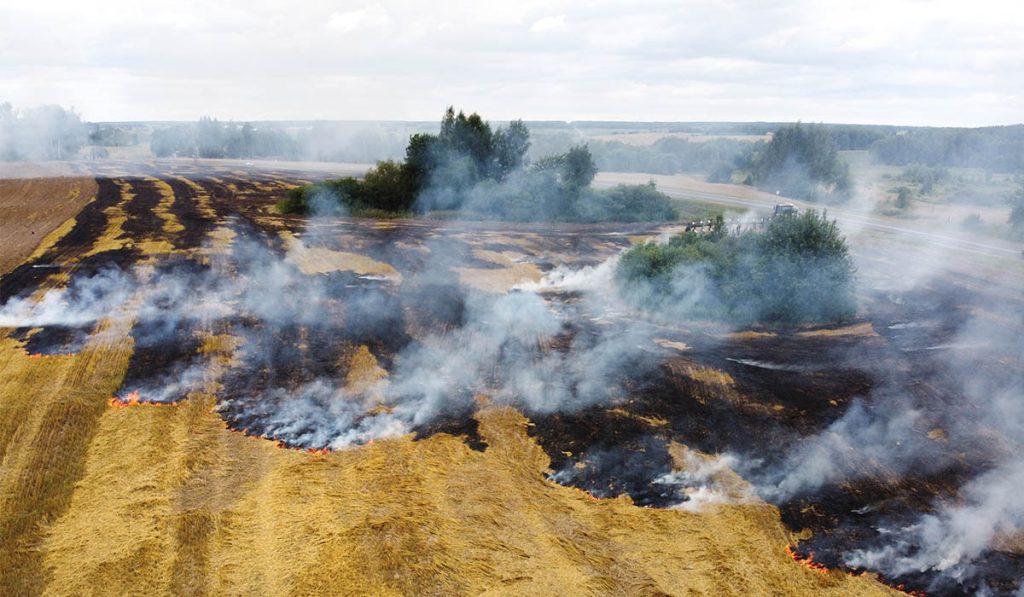 Burning also damages the micro-organisms due to which protects the plant from weed and other harmful pests. Therefore, even though the method is cheaper, it takes away from us our right to clean air and decreases the soil quality to a great extent.

What steps have been taken by the government in relation to Stubble Burning?

– In 2014, the Union Agriculture ministry fashioned the National Policy for Management of Crop Residue. It advised the states a number of ways to manage the stubble using the latest technology instead of burning it.

– This management team has helped the farmers in making the soil more fertile and also resulted in saving them 2000 rupees per hectare as the residual could also be used as manure.

– On December 10, 2015, Stubble Burning or Crop Burning was considered illegal by the National Green Tribunal (NGT) in the states of Rajasthan, Uttar Pradesh, Haryana, and Punjab. On September 22, the management team had acquired 1, 40,000 machines approximately to cut the remaining stubble instead of burning it and was going to buy another 56,000 machines approximately to promote cutting the stubble.

– The team is also checking the usage of Pusa decomposer that has been developed by the Indian Agricultural Research Institute which has been distributed in the states of UP, Haryana, Rajasthan, and Delhi.

– The team has also told us that a total of 11 thermal power plants have been put up within 300 kms radius of Delhi to use stubble as a source of energy.

– Punjab which is responsible for the largest amount of stubble burning has decided to take on some initiatives like, renting out land to the Panchayat for 33 years to store stubble and people will pay rent to the Panchayat.

– Punjab government has also provided an 80% subsidy to the farmer groups or co-operations and 50% subsidy to individual farmers on stubble cutting machines.

– In Punjab, fines have been imposed ranging from Rupees 2500 to Rupees 15000 for those whose land is found to be on fire.

What can the farmers do except Stubble Burning?

Farmers can engage in a number of exercises except Stubble Burning that will help them deal with their stubble.

– Pusa Decomposer: It has a packet of four capsules costing around Rs 20 which acts on the stubble causing it to decompose.

– Paddy Straw Chopper: It helps cut the straw and stubble so that it mixes with the soil easily

– Zero till seed drill: Using this machine, farmers can directly sow seeds into the soil which still has the stubble of the previous crop.

– Reaper Binder: It is used for harvesting leftover paddy stubble

Even though these machines are costly, the government has provided a subsidy on them so that they can be bought by the farmers at rates affordable for them. One might wonder why after all these restrictions one cannot decrease stubble burning. This is because, as most of the voter bank in Punjab and Haryana consists of farmers, the government does not anger the major portion of their potential voters.

But if the above initiatives are taken with rigor, stubble-free burning will be thing of the past soon!

What is Construction Pollution And its Causes & Effects? | Prana Air
02/11/2021
Recent Blog Posts
Go to Top