50 Glorious Years of the US Clean Air Act in Retrospect 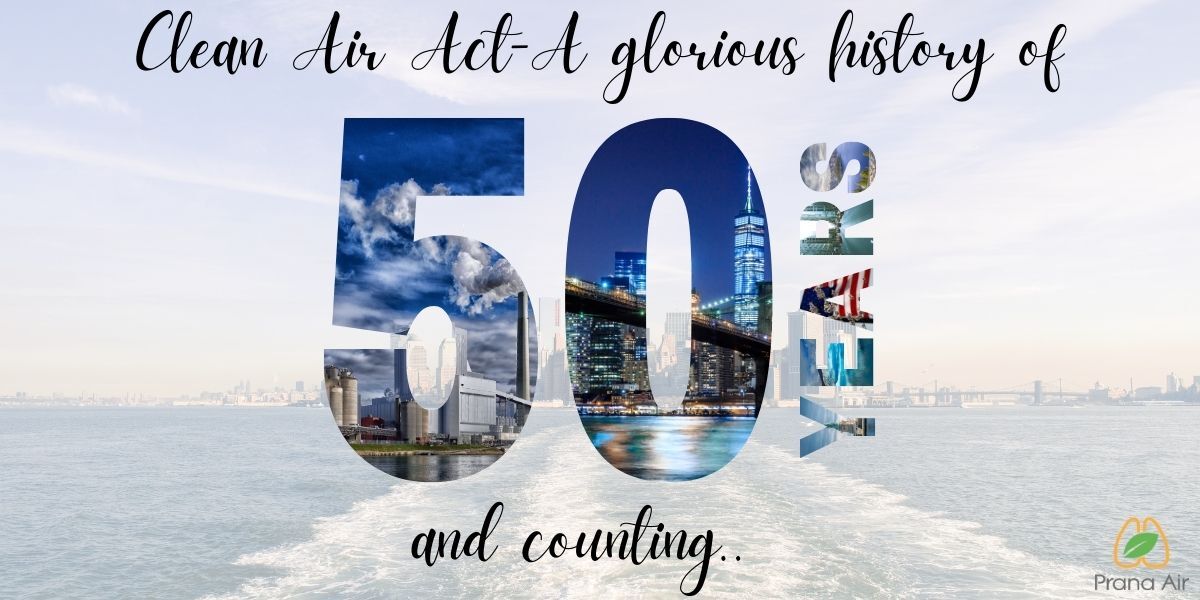 December 2020 marks the completion of five decades of the inception of the US Environmental Protection Agency and its landmark decision of passing the Clean Air Act. President Nixon, on December 31, 1970, put the formal stamp on the act. It is arguably one of the most revolutionary and promising environmental decisions ever made. So ahead of its 50th anniversary, we decided to look at the act’s journey in retrospect.

The late twentieth century witnessed a disruption in environmental equilibria worldwide. The United States of America created a benchmark for the world by being one of the first countries to welcome environmental conservation in their legislative skeleton. The US adjudicated the growing concern over air pollution by passing the Clean Air Act 50 years ago. This landmark act has led to a great deal of improvement in the most dreadful environmental risk the world leader was then facing. 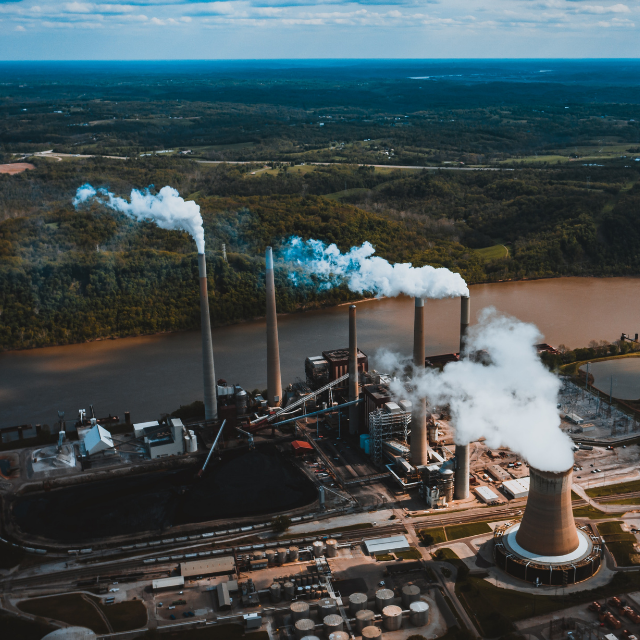 Industries surfaced and bloomed in the first half of the twentieth century. The meteoric industrialization with minimal regulation coupled with urbanization took a toll on the air-health. It also led to an increase in the morbidities of emphysema and asthma. By the middle of the century, the air quality had plummeted to such an extent that numerous cities of the US became synonymous with smog. The unforeseen and monstrous smog in Los Angeles, California (1943) was one such incident that shook the authorities to the core. The fatalities due to air pollution were also rising. The New York smog of 1966 that was responsible for taking at least 169 lives slapped the entire country with the brutal reality of air pollution. 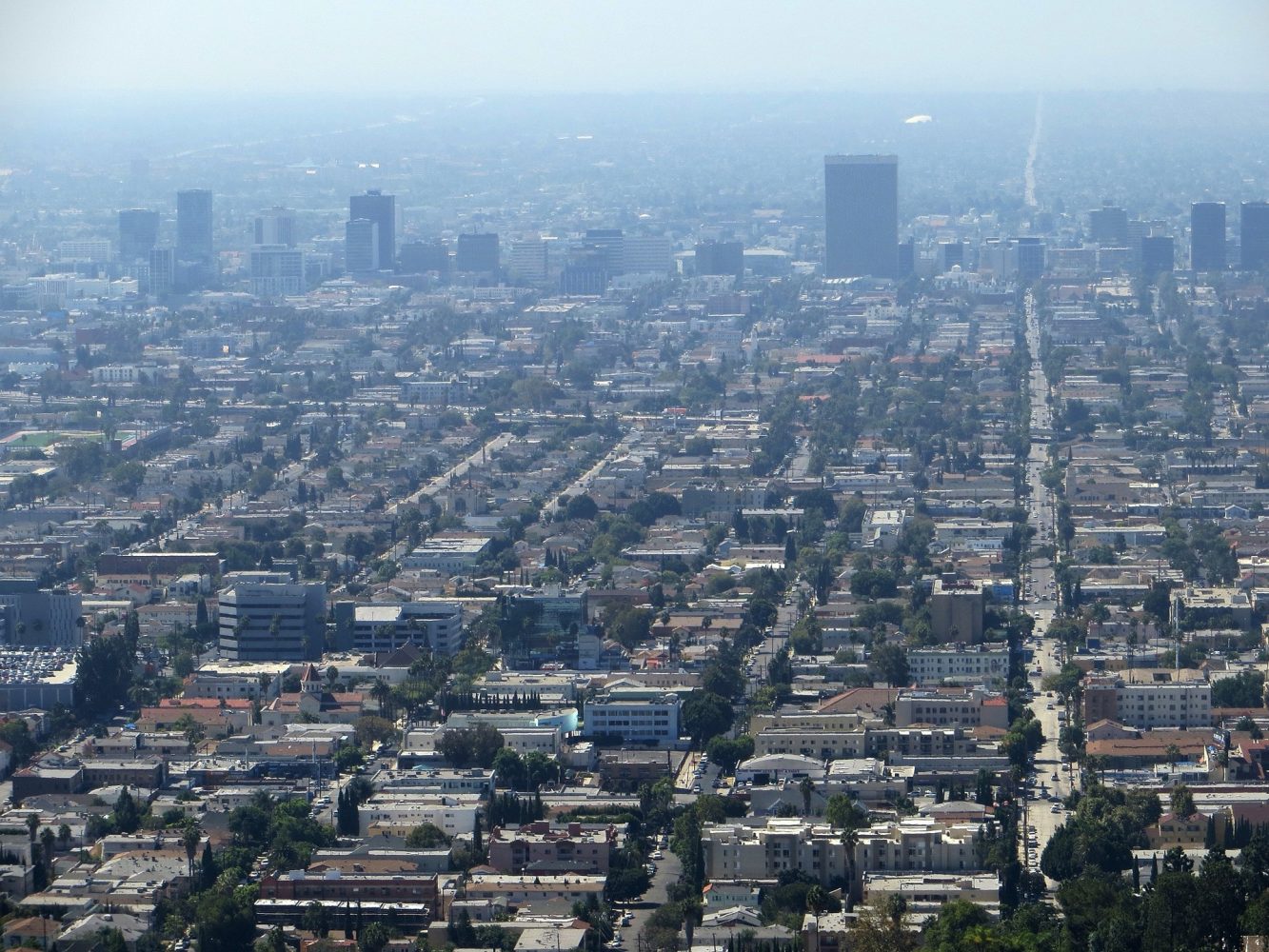 The increasing levels of air pollutants, particularly NO2 and SO2, also mobilized and accelerated the incidences of acid rain. All these reasons put the health of the atmosphere as well as the citizens in jeopardy. As a denouement, the Clean Air Act came into being in 1970. Thus began a legacy that has literally and figuratively breathed life into the people of America. The authorities reined the industries and tightened the regulations in 1977. They made further amendments to the act in 1990.

Resultantly, the air quality improved drastically at the time of the country’s foray into the 21st century. The concentrations of SO2 and NO2 got in control, and strict restrictions on hazardous air-toxins ensued. An increase in pollution levels raises the demand for efficient air quality management, and mitigation of health-threats in a way that does not hamper economic growth.

Has the act been able to check all the boxes in terms of impact?

This year marks the 50th year of the passing of the Clean Air Act. This legacy of more than five decades has produced some remarkable results. Its spot-on implementation by the US Environmental Protection Agency (EPA) led to a substantial reduction in the occurrence of acid rain. The US achieved this feat by slashing the concentrations of air pollutants. For instance, the levels of nitrous oxides and ozone in Los Angeles decreased by 70-80% between 1962 and 2012. The decline in NO2 levels also catalyzed the conservation of the protective ozone layer.

The US passed the Clean Air Act with a central objective of reduction in the concentration of harmful pollutants. The Clean Air Act put forward numerous other health, environmental, and economic benefits. According to the US EPA, the Clean Air Act averted over 230,000 premature deaths by 2020. There has been a decrease in the frequency of bronchitis and asthma. The levels of carbon monoxide and ozone have fallen by a factor of 74% and 21%, respectively, between 1990 and 2018. The atmospheric concentration of lead has decreased by 82% from 2010. These reductions reflect in the healthier soil structure, freshwater bodies, and vegetation.

The act also laid off financial burdens that the air crisis had been causing. The EPA estimates benefits worth approximately US$2 trillion over the years.

The Clean Air Act is also in sync with six of the seventeen Sustainable Development Goals. These goals are set by the United Nations to make earth a better place for the coming generations. 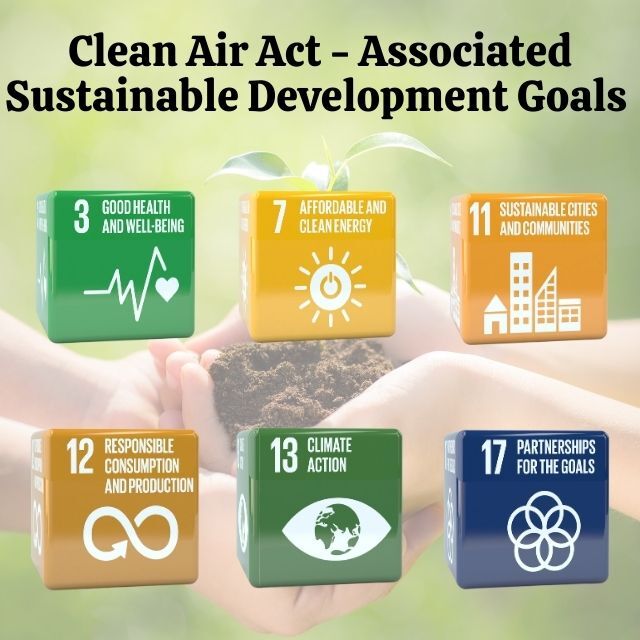 Want to fight air pollution? Check out our range of air quality products at https://www.pranaair.com/.