What is Construction Pollution And its Causes & Effects? | Prana Air 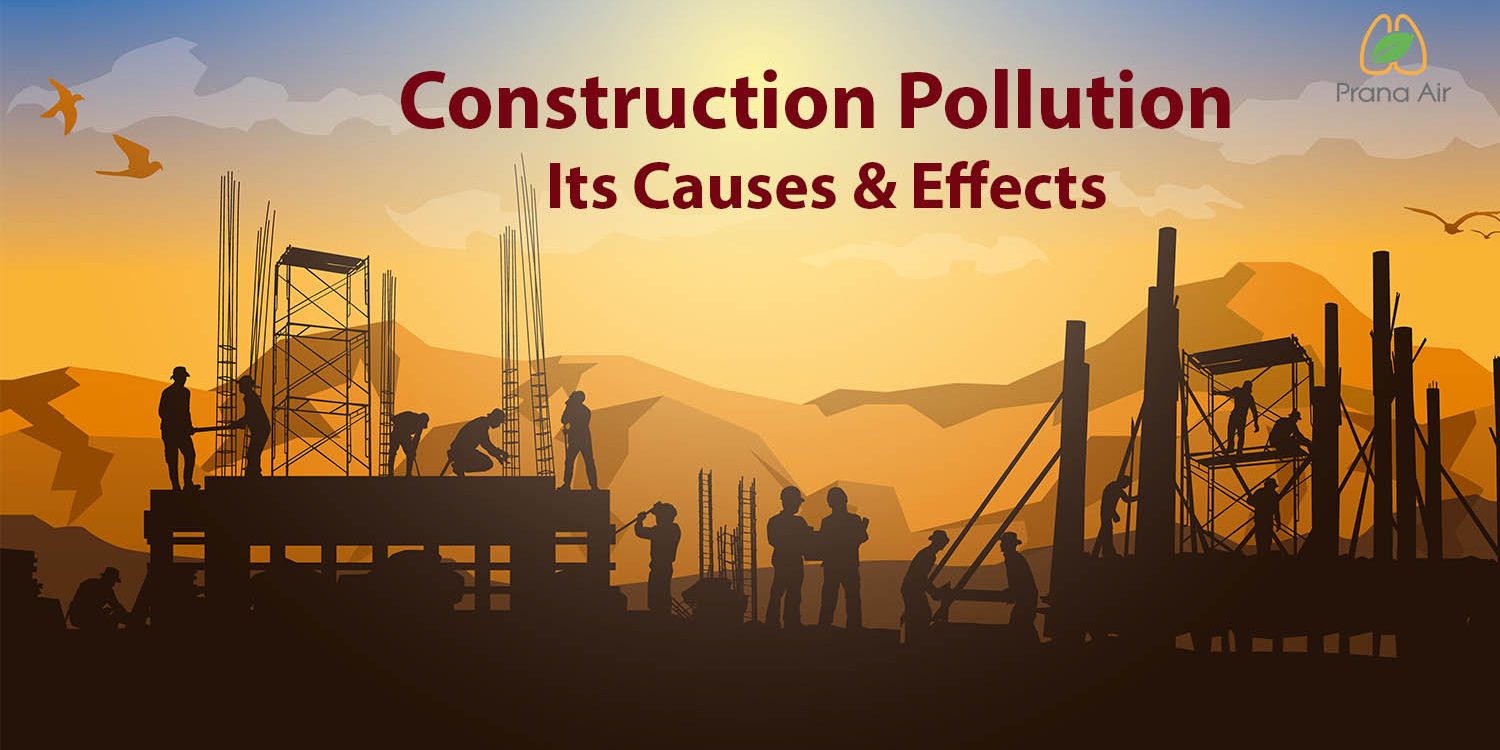 All of us have walked past a construction site and coughed our lungs out or have had our eyes start itching due to the immense amount of dust and other kinds of toxins in the air. Even though there have been several experiences like these, have you ever thought about how this dust and toxins affect the environment? What are the activities during construction that cause this pollution? Could pollution from construction and demolition be causing any harm to our atmosphere? We’re here to tell you all of this and more.

What is Construction Pollution?

What are the activities that are causing construction pollution?

There are a number of causes of pollution at any construction site, and we will identify the main causes for you:-

Dust pollution on construction sites is a very common and dominating phenomenon. Different kinds of dust are present in humongous amounts at a construction site. Dust piles are often at the sites from which the winds carry them and travel to other parts of the city or state, increasing pollution areas in other areas also. Wooden dust can also be found, which is due to the grilling and drilling of the wood during construction. Last but not least, any and every material that was used in the building for its construction, gets amalgamated as particulate matter in the air during the demolition of the building. This can also include silica dust and other toxic fibers that will have long-term effects on your lungs upon breathing.

(b) Emissions from Construction Machines

A lot of heavy-type vehicles are used during construction that run on diesel. There are a number of machines like the excavator, crane, bulldozers, and cement mix trailer. This construction machinery emits a large number of CO2, SO2, and CO into the air. The emissions from this heavy-duty machinery are worse than our usual vehicles as they have no proper emission control system and thus are a bigger concern to the environment.

A large amount of energy usage has been detected at the construction sites, and as we all know, producing energy causes air pollution. The construction industry has been a user of 40% of the energy used in the world, as per a study by the U.S. Green Building Council (USGBC).

Noise pollution is simply the loud noises caused by the heavy-duty machines, the falling of heavy material during demolition, and the generators also create a lot of noise. All of this combined makes any construction and demolition site a hotspot for noise pollution.

Throwing the toxic waste from construction into water bodies causes water pollution. Common liquids like cement, paint, and glue are some of the things that can be found in the liquid waste at construction sites.

How has construction pollution affected us?

Often we are mistaken that construction pollution is something that doesn’t affect us or the environment. Mostly, people don’t even realize that pollution due to construction contributes majorly to the total pollution count.

Excessive noise pollution can be a cause of increased blood pressure and hearing loss among residents near construction sites. Air pollution caused by construction and demolition can have long-term health effects on the workers, and this pollution will not only have harmful effects on people around the construction sites but it gets carried by the wind and decreases the air quality of any area it gets transported to. Let’s take Delhi’s example.

How has Construction Pollution Grappled the City of Delhi?

Delhi is the most polluted capital city in the world according to WHO (World Health Organization) and according to DPCC (Delhi Pollution Control Committee), 30 percent of the total pollution in Delhi is due to construction. Delhi’s air quality has been affected a lot by this 30 percent increase. Research by IIT Kanpur revealed that a simple procedure of mixing concrete approximately contributes to 10% of the particulate matter PM2.5 present in Delhi. 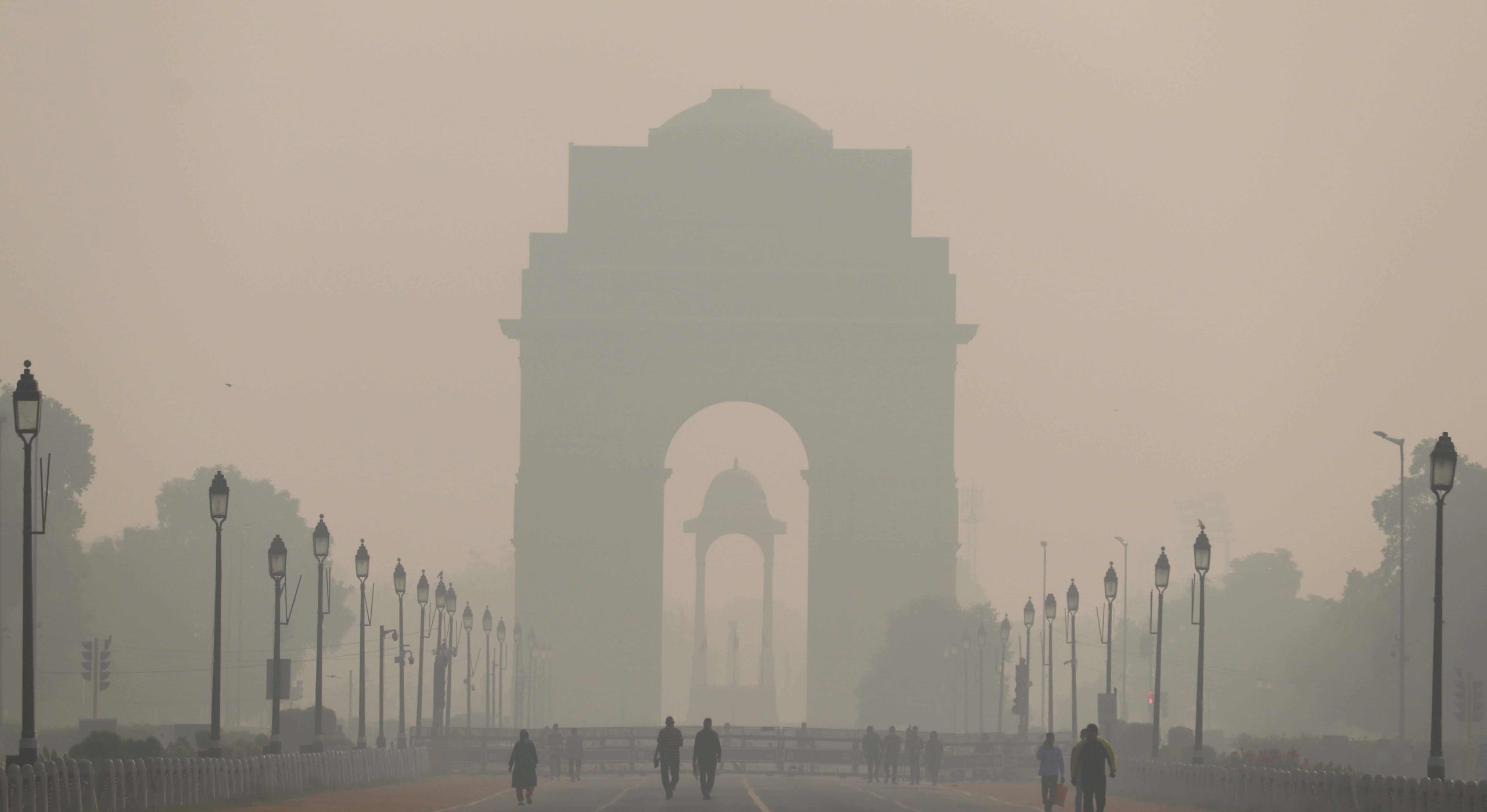 Are there any long-term solutions?

Construction and demolition are a crucial part of the development of society and therefore are not something you can completely ban or put a stop to. But what can be done is prevention and precaution. Let’s start preventing activities that are done just because they are cheaper and more efficient. Let’s start taking precautions to monitor the pollution at the construction site and take necessary actions so that the particulate matter levels in the air don’t exceed the prescribed limit.
Construction sites should be equipped with newer technologies that have emission control systems.

As responsible citizens, we can always report when pollution-causing activities are being conducted without our knowledge. Because at last, it is not just a government body or a group of people that can curb it. It has to be a collective effort of concerned citizens to bring a change, so buckle up, be that concerned citizen, and help bring a change!